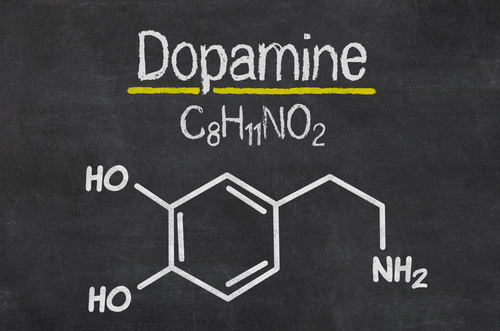 The antipsychotics were the first of the modern psychotropic drugs to be linked to severe withdrawal, but even so few doctors today are aware that there can cause dependence and withdrawal or how bad the problems can be. These drugs are linked to one of the most severe examples of tolerance and dependence leading to a debilitating legacy effect – tardive dyskinesia. My first brush with the fact that dopamine antagonists can cause withdrawal came when Carole came to see me in 1996.

In the early 1970s, Carole, a 36 year old woman with no history of mental illness suffered a psychotic breakdown in stressful circumstances that would have led anyone to breakdown. The stress was discounted. She was diagnosed as having a paranoid psychosis, hospitalized for two weeks and treated with Stelazine (trifluoperazine) 10mg tds and an anticholinergic drug. Her Stelazine was reduced on discharged to 5mg tds and after 6 months to 5mg per day. Her doctor, however, having decided she had schizophrenia, decided to keep her on treatment indefinitely.

A return of the illness or something else…?

Despite being on a treatment that would slow her up and demotivate her, she went back to university, got a PhD degree and became a researcher. She complained of lethargy, weight gain and dysphoria and after 16 months when these complaints seemed to be falling on deaf ears, she stopped treatment. But stopping led to nausea, stiffness, pain, headaches and acute anxiety. When she restarted Stelazine, these symptoms cleared up immediately. Her doctor left her with the impression that these were all signs of her illness coming back.

Twenty years later a second effort at withdrawal had the same outcome. A year after this she came to me still on Stelazine and an anticholinergic. I thought stopping her anticholinergic might be a problem. It wasn’t but stopping her Stelazine even by reducing 1mg every two weeks produced stiffness and headaches and then nausea, anxiety, tremor, hyperalgesia – pain on brushing her hair for instance, anxiety especially around her heart, mood instability, a sensitivity to emotional and physical stress, disturbed sleep and concentration.

She was simply not able to get off and stay off treatment. We finally opted to keep her on a low dose of Stemetil – but this anti-nausea agent is really just another antipsychotic.

Held back by the meds

A few years later she developed breast cancer. There was no history of this in the family. But antipsychotic drugs increase breast size and stimulate activity that seems likely to increase the risk of breast cancer. The greatest tragedy was that this was a high-flying woman who ended up living life carrying an enormous weight on her back. She achieved a lot but could have achieved so much more if not held back by her meds. For others the problems can be worse in that the single best way to relieve the dysphoria that antipsychotics cause is red wine and being hooked to these drugs can in this way lead to alcoholism.

In some cases of withdrawal, antipsychotics can trigger a neuroleptic malignant syndrome that can be managed by benzodiazepines. This is particularly likely to be the case if every step down in the withdrawal taper produces very marked anxiety and possible confusion or disorientation. In this case, it is worth trying high doses of benzodiazepines after each step down to smooth the taper.

The Table below gives some sense of the Symptoms on Stopping these drugs.

A few points to note. Some of these drugs like amisulpiride and sulpiride are available in Europe only and this is why they come up with zero values across the board. Some of the older drugs such as perphenazine shows as having lower withdrawal problems than Zyprexa (olanzapine) or Seroquel (quetiapine). It likely is better than either of these two newer drugs when it comes to withdrawal problems but the main reason they show up as worse is that the data here is based on FDA data from 2004 and perphenazine, trifluoperazine, chlorpromazine and older drugs were being used much less by then.

The Clozapine group of drugs that includes Zyprexa and Seroquel are noted as having some of the worse withdrawal problems. We are missing data on Clozapine at the moment but will add that data and others in due course. Lilly may have received marketing authorization to claim Zyrexa was useful in the maintenance treatment of Bipolar Disorders largely on the basis that it causes withdrawal problems and not stopping leads to an impression it is providing some help in maintaining wellbeing when in fact the drug is the problem that the drug is often treating.

Quite strikingly the relatively recently released Paliperidone (Invega) comes with significant dependence and withdrawal problems. The haloperidol group of drugs of which Paliperidone and Risperidone and Ziprasidone are included all have problems.

The missing data may give the impression that DAAWS is not as common as withdrawal from benzodiazepines, mood stabilizers or antidepressants but it is in fact every bit as bad. In addition to tardive dyskinesia, these drugs produce a well recognized tardive dysthymia and tardive akathisia along with the kinds of stress intolerance, temperature dysregulation and other problems that Carole had. See the RxISK Guide: Antipsychotics.

Leave a Reply to Jacob