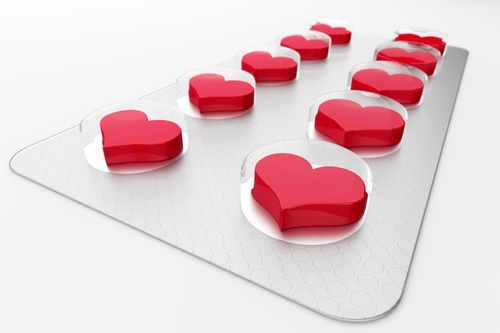 I have been taking Mirtazapine now for several years and have noticed two major changes since taking it, one my menstrual cycle has been effected and secondly my libido has increased.

My menstrual cycle has been quite erratic since starting Mirtazapine sometimes being completely absent one month to the next month being extremely heavy, other times I can get spotting in between. I have looked this up on the Internet and learnt that this is quite a common side effect when taking Mirtazapine. The worst part though is the mood swings and irritability that can last for several days before a period. I can just explode verbally at anyone over the slightest thing and feel terribly guilty afterwards. I have no patience at all when I feel like this. I also feel very weak and drained after a heavy period, feel very foggy headed and can feel very depressed and cry for no reason at all.

After several days to a week after my period I then sometimes get very strong urges for sex I just get so turned on, this I have never experienced before Mirtazapine and only felt this before in the company of a boyfriend in the right time and place. I can feel very sexual and turned on even when out and about, I could be in Tescos or anywhere and just get these sexual urges and find myself flirting with men. The only way to stop these urges is to mentally force myself to think of something more serious. It really is quite bothersome because you can’t just drop everything in the middle of the day to have some sex. The sexual feeling’s I’m getting can also cause me to have sexual fantasies which make’s things even worse still and then I feel as if I could just keep on having sex all night long and still not be totally satisfied. This may sound funny or even great to some people but it really can also be very disruptive, very inconvenient and very annoying. Too much of anything is not good or enjoyable anymore, its really getting me down.

My first encounter with this issue was 20 years ago treating Erika who had post-traumatic stress disorder. Looking around for something that might help her, I stumbled on an article in the Journal of Military Medicine on the use of cyproheptadine as an aid to manage the flashbacks soldiers have as part of PTSD. I suggested this to Erika who was happy to try it.

Cyproheptadine has an extraordinary history. Like most early antidepressants, it is basically a tricyclic antihistamine. It was made by Merck and brought on to the market in 1960 as a weight gaining agent, just at a time when gaining weight was going out of fashion. They switched instead and marketed it on third world markets seemingly as an answer to malnutrition. This caused them terrible trouble. It was cited for many years as a great example of a Problem Drug and a telling example of bad company behavior.

It is an almost identical molecule to mianserin, which in the 1980s became the best-selling antidepressant in Europe. Mianserin essentially is mirtazapine.

What was Mona Lisa on?

She came back some weeks later saying that it didn’t help the flashbacks she was having. But she didn’t want to stop. There was a certain something about her smile that alerted to me to what might be going on. I checked and yes she said – this was really something. Made you feel sexy.

Made me feel sea-sick. The problem was I knew how she made a living. She was on the game. If this was going to increase her appetite for business, this might seem like a good thing now. Except back then at the height of the AIDs scare, my worry was she would get AIDs and the question was whether I would be to blame. A court of law didn’t bother me. It was living with myself that was the issue.

I forget how we resolved it. This was an early version of the dilemmas laid out in The boy with the ponytail who kicked the hornet’s nest.

I can readily imagine that medicines like this could do a huge amount of good. But as Notes on a Scandal outlines, they can cause serious problems. The book Notes on a Scandal by Zoe Heller tells the story of a schoolteacher, played by Cate Blanchett in the movie, who seduces a male pupil. Heller had been on Prozac and was a notable proponent of its use.

SSRI stories hosts close to thirty stories of female schoolteachers molesting younger male pupils. In most cases, SSRIs, like Zoloft, Paxil and Prozac kill libido but in a small number of cases – maybe one in ten – they can do the opposite. But these drugs also disinhibit, so even while killing libido for the most part, they can lead to disinhibited behavior and this may account for what happens to schoolteachers.

What happens can be very destructive, as I found out from a colleague, who had an attractive patient, Goldie, who on Prozac became dangerously promiscuous. She began craving alcohol, drank to extreme and had sex with anyone. She slept with cab drivers, was raped which she tried to report to the police but sabotaged it by telling them where to go, had sex with teenagers at a club while drunk. The police said they couldn’t do anything. No one was able to do anything for her unless she did something herself about it but she didn’t and was divorced by her husband, ended up with a much older man.

Goldie’s story is very reminiscent of the compulsive gambling and promiscuity on Efexor in Does Pfizer play Dice. Antidepressants can do this but dopamine agonist drugs used for Parkinson’s Disease are even more noted for this effects. One in six people on these drugs may have changes of behavior in the direction of promiscuity and compulsive gambling.

Drugs and sex in the city

Several weeks ago we put out a News Release on the opening of the RxISK Sex Zone in which I noted that early use of the antidepressants in the 1950s had led to consistent reports of patients changing orientation on these drugs. There was a note of celebration back then for changes from homosexuality to heterosexuality but just the opposite switches are equally likely. I now know several such cases.

The response from colleagues has been they think it unlikely this can happen. I think switches like this or something people interpret as a switch do happen and they suggest the boundaries between our identities in many different domains are more fluid that we might like to think.

Can we base a claim like this on just a few stories? Switch the word story for narrative based medicine and everything looks different. Everyone forgets that good single case studies sit at the top of the evidence based medicine hierarchy – it’s the opinions of experts that sit on the bottom.

In elite recreational drug circles – among doctors – combining drugs like cocaine and ketamine (Calvin Klein) are done on the basis of stories from colleagues and personal experience. Doctors who when dealing with patients won’t move without the sanction of a clinical trial, when it comes to their own lives trust the evidence of their own eyes to make drug use like this safer than the gambling on clinical trials that underpins giving drugs to patients.

Change back to the word story and we have code that often means “we don’t want to scare patients from taking drugs”. But pharmaceutical companies market drugs by telling stories of wonderful successes and lives transformed – in one direction only. This will be picked up in the next post.